Connemara ponies originally came from Ireland. More than 2,500 years ago these small horses were brought to Ireland by Celtic warriors to pull war chariots and carts. Some of these horses escaped and became feral, living in the mountains of the Connemara Isles. About a 1,000 years later, a Spanish armada sank off the coast of the Isles. The horses swam to shore and intermingled and bred with the wild ponies, resulting in the early Connemara pony.

Connemara ponies are known for being easy-going, willing to work, and able to perform in many different disciplines, though their biggest talent is jumping. Although they are called ponies, they are generally horse sized measuring between 13 and 15 hands. They come in gray, bay, brown and dun. Sometimes you’ll see a roan, black, chestnut, or palomino but it is very seldom. 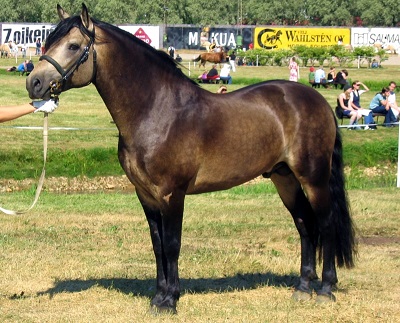