There have been many amazing horses throughout history, but Two Eyed Jack is known as one of the greats. Two Eyed Jack, or also known as Jack, was born in Illinois on March 22nd, 1961.  His sire was Two D Two and his damn was Triangle Tookie. Triangle Tookie was owned by a man named, Herman Mass. Mass was ecstatic to find the newborn sorrel stud colt in his barn. He was the talk of the ranch. The Mass family showed Jack as a weanling at the Illinois State Fair and he won many classes. When he was two years old, Herman Mass sold Jack to a man named E.C. Coppola. A few months later, Joe Lindholm bought the yearling. Everyone admired this horse and he was said to have been just perfect. However, there was one man who had kept his eyes on him for a very long time. His name was Howard Pitzer.

Howard Pitzer owned a beautiful ranch in Ericson, Nebraska. He was big into horses and he knew a champion when he saw one. Pitzer was constantly trying to purchase Jack from Lindholm. Joe Lindholm declined his offer, but did agree to let Howard be more involved with the young stud. The more Howard was around Jack, the more he wanted him. With a little bit of horse trading and persuading, Lindholm finally agreed to let Pitzer buy half interest in Jack. From there, Jack's legacy just grew. Howard showed him in halter classes and western pleasure classes. He quickly raked up a lot of points on his AQHA record.

By 1964, Jack had won 50 Grand Champions and his name spread across the world. Pitzer ended up buying out the other half of Two Eyed Jack. Howard was a proud man and was pleased to own such a nice stallion. Howard Pitzer and Two Eyed Jack dominated the show ring together. He stole the judges hearts with his calm demeanor and beautiful confirmation. Jack was very versatile and an ideal performance horse. He was also very easy going, willing for any rider, level headed, and easily trainable.

Two Eyed Jack went on to win many prestigious events and gained himself an astonishing number of AQHA points. Howard Pitzer competed with the stallion in many different classes and Jack excelled at all of them. Aside from halter and western pleasure classes, Jack also performed in roping, working cow, hunter under saddle, reining, barrel racing, and pretty much any western class he could be entered in. Anything you threw at him, he gave it his best. He was in barrel racing training for only 2 weeks and when they ran him at an AQHA barrel racing event, he set an arena record. He also won AQHA Superior Halter Champion.

Two Eyed Jack showed with Howard Pitzer up until age 9. After his showing days, he spent his life at the Pitzer Ranch in Nebraska. He sired a lot of foals that continued right in his footsteps. Jack produced many champions, 119 to be exact. Two ID Bartender, Two Eyed Tyree, and Mr. Jack Prince are just a few of his champion offspring. The bloodlines earned themselves a huge reputation. 37,035 points alone, were won from his offspring in the arena.

The Pitzer Ranch has since been known for their prestigious horses and has a highly respected breeding program. They also have renowned horse sales and still produce champions. Two Eyed Jack was the foundation of the Pitzer Ranch. Howard Pitzer and Two Eyed Jack were put into the AQHA Hall of Fame in 1997 for all their victories and contribution to the horse world.

Two Eyed Jack passed away in 1991 and is buried on the Pitzer Ranch. This horse was way more than a horse. He was a family member to the Pitzer's and even though he is no longer here, they never let his memory fade. At their ranch, they have a room that is covered with pictures of all their incredible horses and Two Eyed Jack is featured in there more than once.

To this day, Two Eyed Jack is ranked in the top 10 best ranch horse bloodlines. There is a high demand and people hunt to find a horse with his bloodlines. In fact, two of our employees own Two Eyed Jack horses and they are phenomenal. One competes in The Colorado State University Ranch Horse Versatility and the other is a barrel racing rock star. Both horses resemble Jack's temperament and performance ability. I have no doubt that Two Eyed Jack's legacy will live on forever. 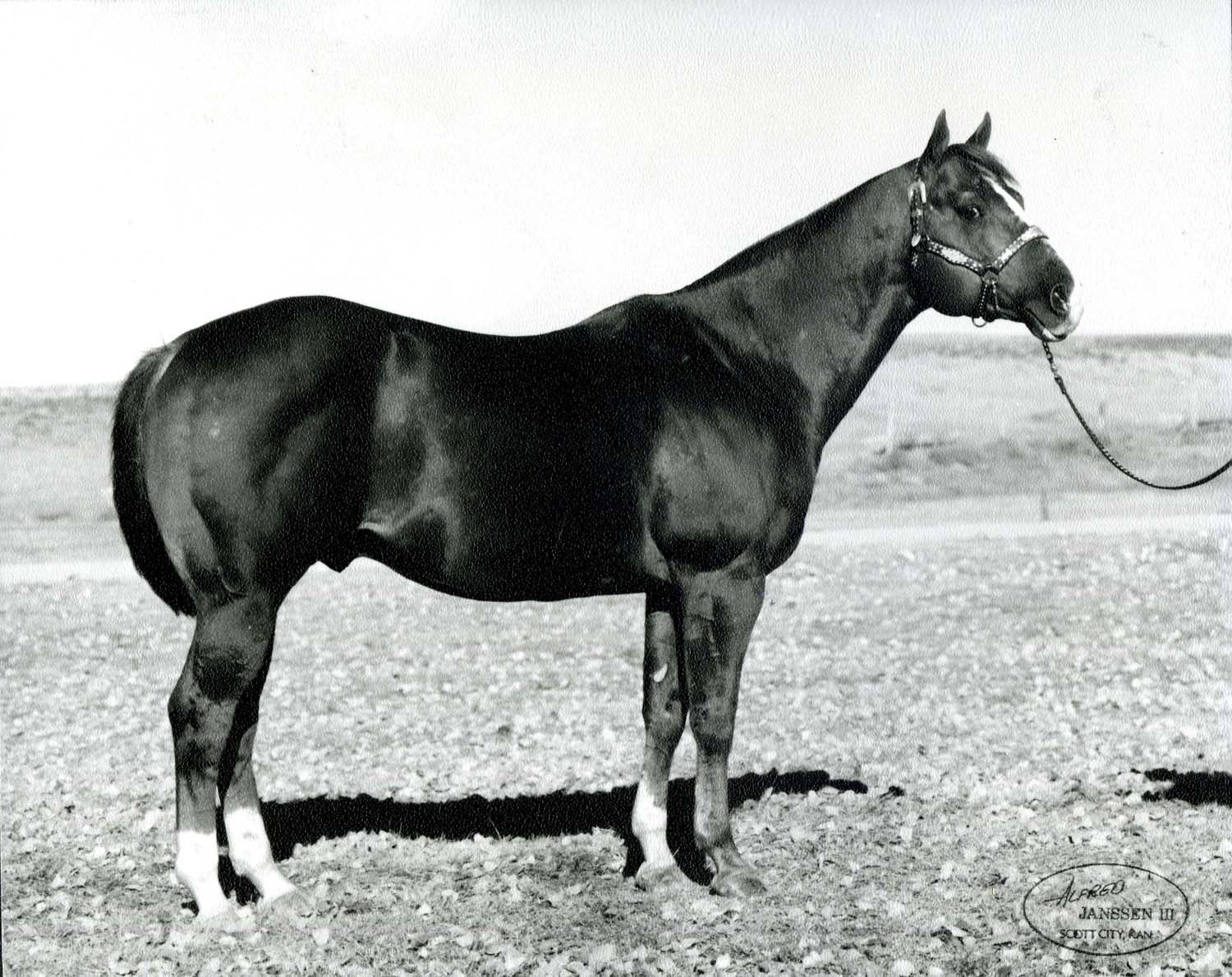